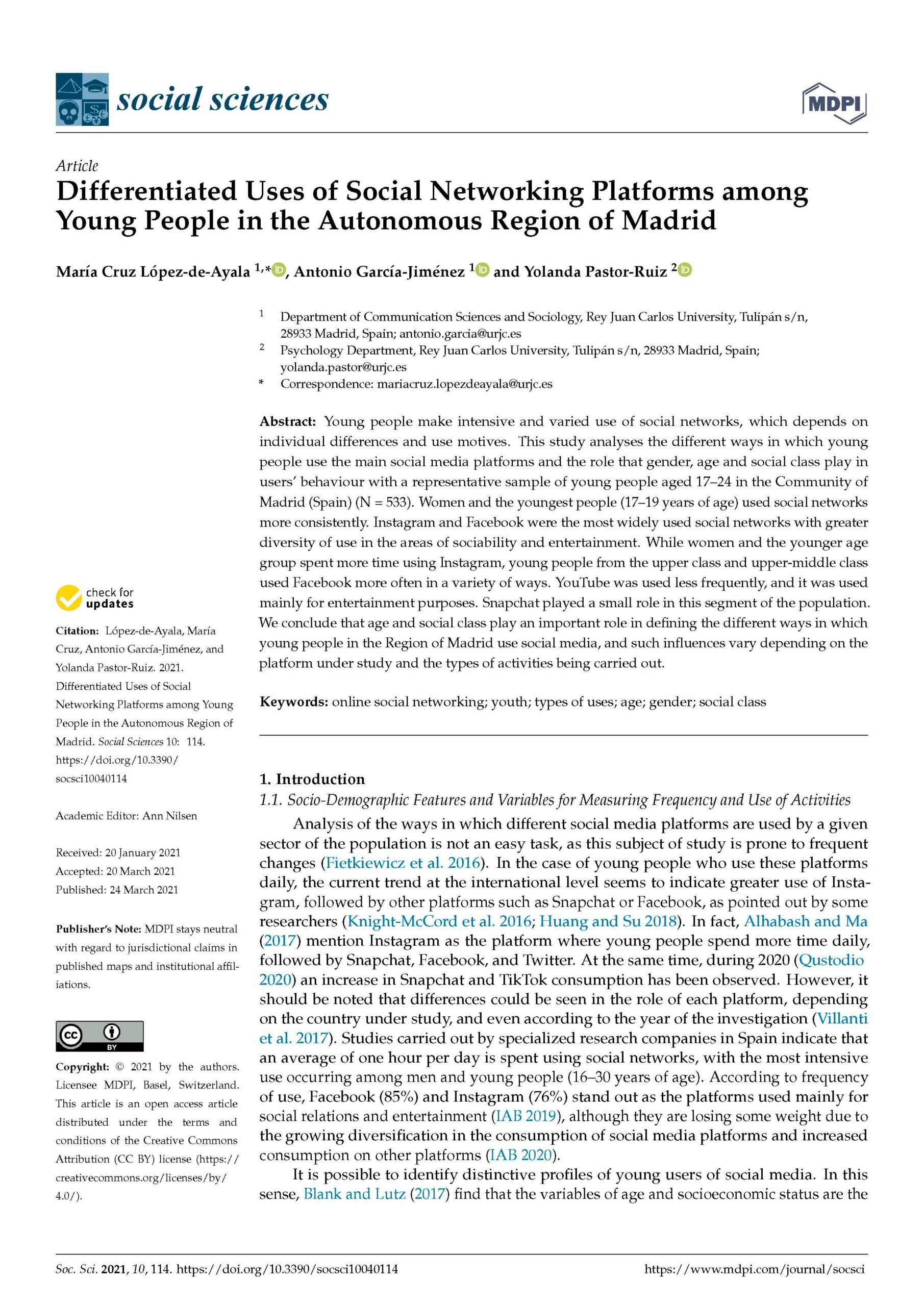 Young people make intensive and varied use of social networks, which depends on individual differences and use motives. This study analyses the different ways in which young people use the main social media platforms and the role that gender, age and social class play in users’ behaviour with a representative sample of young people aged 17–24 in the Community of Madrid (Spain) (N = 533). Women and the youngest people (17–19 years of age) used social networks more consistently. Instagram and Facebook were the most widely used social networks with greater diversity of use in the areas of sociability and entertainment. While women and the younger age group spent more time using Instagram, young people from the upper class and upper-middle class used Facebook more often in a variety of ways. YouTube was used less frequently, and it was used mainly for entertainment purposes. Snapchat played a small role in this segment of the population. We conclude that age and social class play an important role in defining the different ways in which young people in the Region of Madrid use social media, and such influences vary depending on the platform under study and the types of activities being carried out.